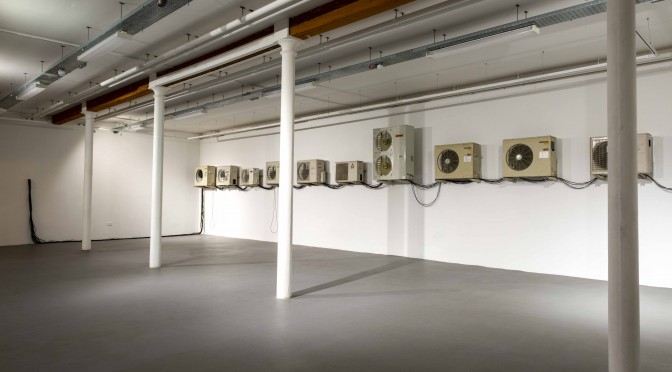 Mary Cremin is a curator, writer and art historian.  She holds a degree in Art History and Geography from University College Cork and graduated with a Masters in Visual Art Practice, curatorial strand from the Institute of Art, Design and Technology, Dublin.

She is the Director, Void Gallery, Derry, where she commissioned the Turner Prize winning film The Long Note by artist Helen Cammock in 2019. She was the Commissioner and Curator of the Irish Pavilion at the Venice Biennale, 2019 with artist Eva Rothschild. Prior to this she was the Programme Curator of Temple Bar Gallery + Studios and the Artistic Director of The Treeline  Project with Oonagh Young.  She was part of the selection panel that selected Sonia Boyce to represent Britain at the Venice Biennale, 2022 where she received the Golden Lion.

In 2015, she was Curator of TULCA Festival of Visual Art, Seachange, which included over 30 national and international artists. She has delivered large scale exhibitions and commissions such as Magnetism, Hazelwood Estate, Sligo, (2015), Richard Mosse, The Enclave, Irish Pavilion, Venice Biennale, (2013).

Prior to this she was Project Curator at the Irish Museum of Modern Art.  She worked on exhibitions such as Eileen Gray, Lynda Benglis, Francis Alÿs, Carlos Garaicoa, Romuald Hazoumè, Cyprien Gaillard, Gerard Byrne, Alice Maher and Garrett Phelan and has acted as editor/ assistant editor on IMMA publications and the multi-disciplinary publication Boulevard Magenta. Curated projects at IMMA include Into the Silence of the Night, IMMA, (2015), Sidney Nolan; Ned Kelly Series(2012-2013), Garrett Phelan, off site NEW FAITH LOVELSONG (2012), Conversations: Photography from the Bank of America Collection (2012). She has produced IMMA Summer Rising events  (2016/2015/2014).

In 2022, she was awarded a curatorial residency at Centre Cultural Irlandais, Paris. In 2016, she received the Arts Council, Making Great Artwork Award with Oonagh Young . She was selected for the curatorial residency in Temple Bar Gallery & Studio, Dublin for 2010/2011 and in 2013 at RAC and in Block T, Dublin. She is co-founder of the North South Visual Arts Network and is a member of IKT and AICA.