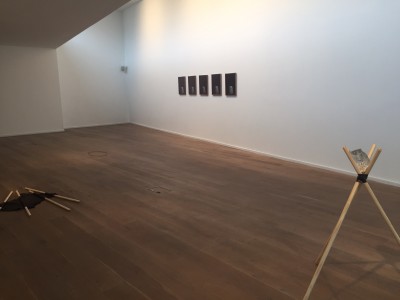 Duality of form is a philosophical inquiry into the nature of objects and how their meaning comes into being. The world of objects and artifacts are a trove of hidden meanings that evolve and change over time. As artworks, objects demonstrate their capacity to elude definition. In contemporary society we are defined by what we consume and collect, within these parameters we tend to define our environment. The invited artists explore and elucidate the idea of an object’s plurivocality through sculpture, photography, drawing and text. 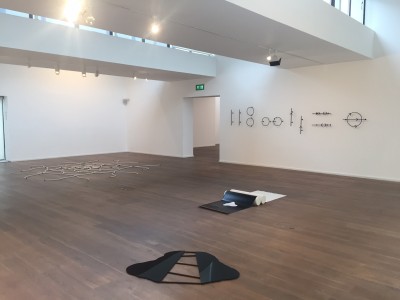 In his book Illuminations, Walter Benjamin wrote that every object was invested with a double valence: negative and positive, like an object and its shadow. In the lifecycle of an object when it is created he viewed it as vested in its utopian dimension, its cynical dimension was as a commodity and only in its obsolescence could it regain its freedom. He remarked: “only in extinction is the (true) collector comprehended”[1]. Both Caoimhe Kilfeather and Barbara Knezevic play with this notion of the artist as a collector, as someone who ‘liberates things from the bondage of utility.’ What is decisive for Benjamin is that the “object be dissociated from all its original function in order to enter into the closest possible relationships with its equivalent. This is the diametric opposite of use, and stands under the curious category of completeness”[2]. 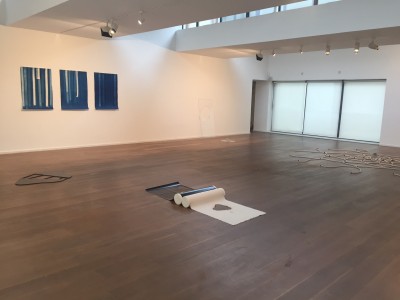 Caoimhe Kilfeather’s photographic series titled Skep, looks at the properties of a defunct object that reflects outmoded practices as well as form and aperture. A Skep was used for collecting bees and has now become an ornament. Kilfeather’s oval line of bronze shown in conjunction with the photographs delineates the base of the skep as it rotates and outlines a boundary that alludes to drawing and perhaps a space that objects are contained. Her second photographic series in the exhibition of facades relate directly to the hanging ceramic tile works. They point to real world environments and reflect on the subjective nature of memory when recalling details of places. Memories tend to be a construct of objects, which retain significance only when recalled. 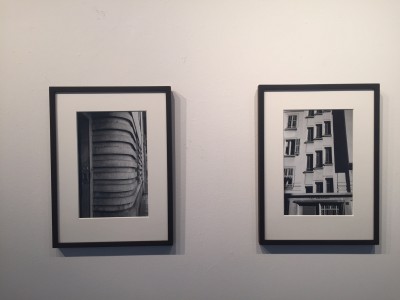 Through her sculptural pieces Barbara Knezevic traces possible meanings that are trapped in material objects that conspire to evade us through their presence and absence. Pine broomhandles are scorched and burnt in coded patterns, a floor piece of a knotted rope the center of which burnt is out, a clear cast glass object is placed in the center. The interconnectivity between the pieces allows us to decode possible interpretations of the works. Fire is a signifier of civilization, it destroys, illuminates, purifies. Knezevic edits and rearranges objects into unstable and often temporary arrangements creating new relationships between objects. The materials are conduits of meaning 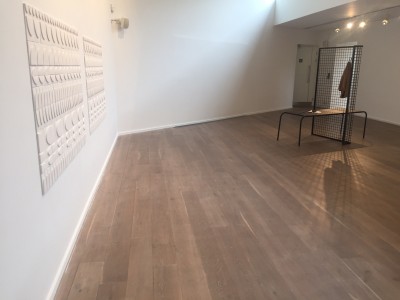 The artist Marcel Broodthaer’s when talking about his work stated; ‘that fiction allows us to grasp reality and at the same time what it hides’.[3] Similarly, Eleanor Duffin creates a fictive space through her publication Phantom of Form; using text and graphics she creates a narrative around a fictional ‘other’ woman whose primary focus is materiality in relation to objects and their functional presence. The female protagonist is a device to create distance between the artist and her work. This resonates with Benjamin’s idea of the ‘double valence’ – in this case the artist and her shadow. Duffin through this work explores how language can inform sculpture and how material/immaterial language can be manifested in text and in visual formulation.

We have now entered speculative realism – ‘a world where the object, whether thing, tool commodity, thought, phenomenon or living creature has regained its rights, freed from the subject of mind, body and gaze’[4]. The artists demonstrate this liberation through artworks that obstruct, disrupt and interfere with social-norms. In a time when objects tend to define us through our reliance on them for validation, to communicate, socialise, we perhaps need to re-assess our relationship to the object and turn our gaze.